Generously endowed by Dr. Charles Mark, the Charles Mark Scholarships help students of the Five College Center for World Languages (FCCWL) enhance their language skills by supporting their participation in linguistic and cultural immersion activities in communities where the target language is spoken.

All FCCWL students are eligible and encouraged to apply for the Charles Mark Scholarships. A student submits a single application, and the Selection Committee will determine all funds for which the student may be eligible. Scholarship amounts vary by year, but are generally in the $900–$1,500 range.

The Charles Mark Scholarship for the Study of Less-Commonly Taught Languages supports Five College students who are studying less-commonly taught languages through the Center. Preference will be given to students of Czech, Slovak, Bosnian-Croatian-Serbian, Slovenian, Macedonian, Bulgarian, Ukrainian, and Belorussian, in that order. If no students of the Balkan-Slavic languages apply or are qualified, then any student studying any language through the Five College Center for World Languages is eligible. The goal of this support is to encourage students to continue their study of the language they are learning through the Five College Center for World Languages in an immersive environment. The award can be used for travel to or living expenses in a community where the language is spoken. Most commonly this will be a foreign country, but it may also be a community in the United States where the target language is dominant and where students can improve their language proficiency in an immersive environment.

The Charles Mark Scholarship for Foreign Language Study in its Target Country supports undergraduate and graduate students at the University of Massachusetts Amherst who are studying any of the languages offered through the Five College Center for World Languages. The goal of this support is to encourage students to continue their study of the language they are learning through the Five College Center for World Languages in a country where it is spoken. The award can be used for travel to or living expenses in the target-language country. Students are encouraged to focus on the spoken language by finding accommodation with a family or living in a youth dormitory. The support can also be used by students who are teaching English in a foreign country and who are interested in improving their proficiency in an official language of the country. To be eligible for this scholarship, UMass students must be returning to campus for at least one semester after their time abroad and must be traveling abroad; awards cannot be made to graduating seniors or to students who are planning to pursue domestic language immersion.

All FCCWL students are eligible and encouraged to apply for the Charles Mark Scholarships. A student submits a single application, and the Selection Committee will determine all funds for which the student may be eligible. Awards may be used for travel to or living expenses in a community where the language is spoken. Most commonly this will be a foreign country, but it may also be a community in the United States where the target language is dominant and where students can improve their language proficiency in an immersive environment.

Preference will be given to certain applicants according to the terms of the individual scholarships as described above. In addition, to be eligible to receive a scholarship, at the time of application, applicants must:

A competitive application will demonstrate a student’s commitment to language study, well-developed plans for their time abroad/in the target language community, and a willingness to pursue intentional, extensive opportunities to develop their language skills outside of the classroom. A student planning to pursue travel domestically or in any country where English is the dominant language should clearly demonstrate how their plans will allow them to experience an immersive cultural/linguistic environment.

Charles Mark was born in 1923 in Prague, the capital of Czechoslovakia, since 1993 known in its western part as the Czech Republic, and in its eastern part as the Slovak Republic. His interest in foreign languages began at an 8-year secondary academic educational institution, known as the “gymnasium” where, besides a full range of humanistic and scientific subjects, he studied Czech, German, Latin and French. He passed the maturity exam, that is, the final, baccalaureate-type examinations (written and oral) with distinction in 1942. Besides that, he studied at a one-year school of business administration, economics and foreign languages – including besides German and French also English and Spanish, both of which he had previously studied independently.

As a national of a country occupied by German armies during World War II, he was subject to conscription for labor duty, which he performed in a factory in Vienna. There he realized the practical usefulness of languages, being able to communicate in a labor camp with young men from France, Poland, Ukraine, Yugoslavia and Greece (all occupied countries during Hitler’s military campaign) and perfected his German and French to a remarkable fluency. His second most important experience was the war itself. Under heavy bombardment by allied airforces, especially American, and with Soviet troops approaching from the East, he saved himself at the end of 1944 by fleeing from Vienna to Prague and hiding from the authorities until the end of the war. His personal experience with the misfortunes of others, suffering war injuries and death, gave him an unquestioned pacifist orientation for the rest of his life. The war against the Nazis he considered the last “justifiable” war. At the Charles University of Prague, he studied philosophy, English, linguistics and especially sociology and anthropology, receiving his PhD in Sociology in 1949. He taught at a secondary school near the western borders of Czechoslovakia, which he crossed illegally in May 1950, viewing communism as an interesting but militaristic social experiment, in which, due to his highly individualistic nature, he had no desire to participate. He wanted to have his road open to the “world.”

His “opening to the world” ended rather unexpectedly in about 10 days in jail, to which he was sentenced by an American military court for illegal crossing of the border of the American Zone of Germany without a visa (impossible to obtain in a communist country). The judge explained that he “sympathized” with the refugees from communism but an illegal act could not go unpunished. Other refugees, unless they saved theyselves by illegally crossing Germany to France, shared the same fate. As a D.P. (displaced person) Charles Mark worked in the American Zone of Germany in the IRO (International Refuee Organization, HQ in Switzerland) as an interpreter, translator, orientation and placement officer, after registering for immigration to the United States with the prospect of a 5-year waiting period. He waited out this period by emigrating to New Zealand, working first in the administration of the University of Otago in Dunedin, where he met his future wife, and then for several years teaching in secondary schools, since sociology in New Zealand universities did not exist at that time.

He arrived eventully with his family in the United States on October 6, 1954. He taught French, German, social studies and human geography in Long Island high schools, and also comparative education to his fellow teachers as in-service courses. He was tenured at Amityville high school. In the 1960’s he taught sociology at SUNY Oswego, Queens College, Dowling College and Rider University, and in 1970 was appointed to a permanent position at North Adams State College, now known as Massachusetts College of Liberal Arts (MCLA), serving as chairman of a new sociology-anthropology department. There over a period of 16 years he taught third world sociology, besides theory, ethnic relations and demography. During this period he visited most of the third world countries in Asia, Africa and South America (often during unpaid leaves of absence), with special interest in India and China. He retired as a professor emeritus in 1986. In the 1990’s he taught courses in American sociology and in Research Methods in developing countries during the fall semesters at Charles University in Prague, and during the spring semesters offered courses in Czech and Czech society and culture in the Slavic Department of the University of Massachusetts, before introducing Czech to the Five College Center for World Languages.

Among his publications are books entitled Research Studies in Comparative Sociology (1973) and Sociology of America (1976), an article in a sociological encyclopedia (Prague 1996) and many articles, book reviews and notes in journals in Prague and the United States. His biographical sketches in fictional form can be found in Vacha Masu’s Two Pussycats, a Fable of Our Time and Love and Fantasy in the Cuckoo Islands, two novels that were also translated and published in Czech and Chinese. 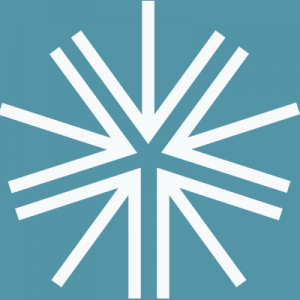